“Luca,” a Disney and Pixar original feature film set in a picturesque seaside town on the Italian Riviera, is a coming-of-age story about a little boy who has an extraordinary summer filled with gelato, spaghetti, and endless scooter rides. Luca shares these exploits with his new best friend, but the fun is put on hold by a dark secret: they are sea monsters from another world

Summary 4.0 great
Rating 0
Summary rating from user's marks. You can set own marks for this article - just click on stars above and press "Accept".
Accept
Summary 0.0 bad

A few minutes in Pixar’s animated feature “Luca” most viewers can’t help but immediately compare it with the Disney’s 1989 film “The Little Mermaid”.It has been decades since we watched Ariel collecting items at the bottom of the sea but still most of us remember those scenes. Luca on the other hand finds some items which triggered his curiousity about what are the things above the water. His curiousity led him to another sea monster boy Alberto. There are more similarities but once Luca goes out of the water and starts walking, the movie stands on its own. Luca as the people called them the “sea monsters” just magically turns into human being form when they are out of the sea and have dried up. There are no explanations on why they can do this, no background story montage or magic spells, we just have to accept it that they can do that. It is like accepting caterpillar becomes a butterfly. Alberto teaches Luca the ropes on how to live on land and tells him about The Vespa, an Italian branded scooter. Luca suddenly became obsessed with getting and riding on a Vespa. The Vespa has become their Holy Grail and is the premise of the movie. Their motivation forces them to go to the other side of the island where the town is and hope to find somebody who will build them a Vespa. With the threat of being sent to the deep dark part of the ocean with his uncle, Luca escapes to the land and stays with Alberto. At the town they meet the town’s bully Ercoli Visconti who owns a Vespa and the town’s underdog Giulia where they learn about the Portorosso Cup Race. Winning the race will allow them to buy that Vespa.

Pixar’s animation is amazing in this movie. Visually captivating especially the way the presented the town. The heart of this movie is about friendship. It is an enjoyable film and would not disappoint. The whole family will enjoy this movie.

Luca is now streaming in Disney + 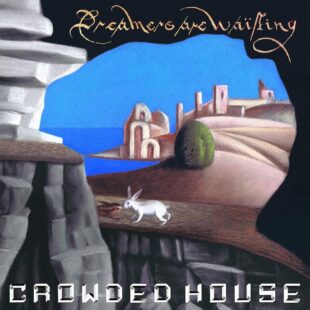 With the addition of Neil Finn's sons Liam and Elroy, plus Mitchell Froom, the band's first producer, Crowded house has added additional rooms in the house. After 11 years, Neil Finn and Nick Seymour has opened their house door for their new members to come in. The music of Crowded House has... 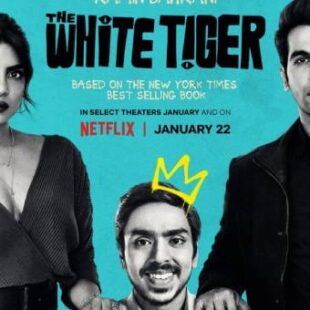 The White Tiger is a 2021 drama starring Rajkumar Rao and Priyanka Chopra. With sharp wit and potent satirical commentary, the film manages to ask several questions about affluent India while analyzing structural poverty in the country at the same time.